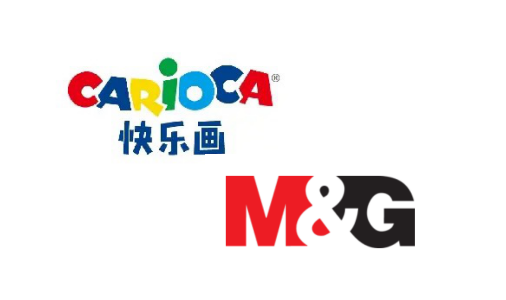 CARIOCA SIGNS A STRATEGIC PARTNERSHIP WITH M&G, THE LARGEST STATIONERY COMPANY IN CHINA

Shanghai M&G Stationery Inc. (“M&G”), the largest stationery company in China with a market capitalization of about 3.6 Billion Euros, today announced that it has signed a strategic partnership agreement with Carioca SpA (“Carioca”). M&G will become the long-term exclusive distributor of Carioca products in China, while a fund under M&G will separately invest in Carioca as a minority shareholder. Both parties are confident that by partnering with M&G, Carioca will be able to penetrate the market and become a leading foreign brand in the children’s stationery category in China. The companies are enthusiastic about having a strong partnership and further enhance their international presence in strategic markets such as China and Europe. Carioca has been selling in China for a number of years via online channels, however M&G plans to introduce Carioca products into its large network of offline stationery stores, as well as its various online channels in China to support Carioca’s growth strategy. Both Carioca and M&G will mutually benefit from growing new markets. As part of the strategic alliance, Carioca also plans to distribute selected M&G’s stationery products in Europe. In this transaction, Carioca was advised by the law firm Groder. M&G was advised by Seta Capital, a Europe-China cross border M&A advisor, as its financial advisor; and Ernst & Young Italy as its due diligence and legal advisor.

Shanghai M&G Stationery Inc. is the largest stationery company in China and the only listed company in this industry in China, with a current annual revenue of approximately EUR 1.1 billion and a market capitalization of EUR 3.5 billion. Shanghai-based M&G was established in 1996 and it has become a household brand in China with a retail network encompassing more than 70,000 retail stores, mostly branded M&G. M&G also has a 300,000 m² M&G Industrial Park and over 10,000 staff. M&G has co-operated with a number of international stationery brands in recent years. In 2017, it acquired the Chinese subsidiary of Office Depot, to establish its office supply division named M&G Colipu.

Founded in Italy，CARIOCA® is an internationally loved brand created in 1965, specializing in the production of coloring tools. Its product range includes felt tip pens, colored pencils, tempera, pastels, educational games and many other drawing items. The brand caught on in the early 60s with a historic advertising campaign starring the beloved character Carioca Jo, who is still featured on all CARIOCA® packaging. Today CARIOCA® is a symbol of the best of “Made in Italy,” with products designed to free the imaginative powers of adults and children in a shared play of creativity and dexterity.